The Continent of Ara

Ara has a rich history of diverse people and creatures vying for their own little piece of land upon the lands that were given to them by the gods. For centuries people have warred, battled and parlayed to carve out kingdoms and empires which have marked history and lands. From the dense forests, rolling hills and high mountain peaks in the north, to the impenetrable jungles, stretching plains and barren deserts in the south people seek to survive and endure. And many hardships have been thrown to the people of Ara. There is rarely a time when two or more of the many nations have not been at war with each other. However, even though conflicts are always brewing along many borders, as of now a peculiar peace has reigned on the entire continent of Ara. A plague has ridden the northern kingdoms and a terrible drought has ravished the south. But something seems amiss in these lands and for many the peace seems fabricated and fake, envisioned by powerful men in high places to once more wreak havoc on the continent.

The people of Frosgiath came sailing on their longships from beyond the Castevian Ocean. They claimed the small and rocky islands on the north-eastern side of the continent of Ara. They have a Jarl which leads them in time of war and battle, but other than that most of the lesser nobles and warlords govern themselves and squabble amongst themselves. It is a hardy and grim folk who see survival of the strongest as most important. Many Jarls and even kings have been defeated by challengers over the years, so being born in a family of nobles does not hold as much sway as it does in other kingdoms. If you cannot fight to hold your lands, you are not fit to rule, is the prevailing law. Yet they venture south often enough to go raiding and plunder coastal villages, making their beast-prowed long ships an unwelcome sight to most sailors.

The phrase “Here be Dragons'' has never been more appropriate than for the fallen Glerrawyth Dynasty. A thriving and rich kingdom for centuries, not much is known about it now, for most of the stories concerning this nation seem too far fetched and imaginary. No one dares enter the lands ever since a large fire Dragon from the north settled there and destroyed every last trace of this grand kingdom. They say that his spawn still guards the northern shores of Helmsbay and the woodland borders near Little Greens, but people who venture to seek the riches of these ancient halls and vaults never return, so most tales rely purely on rumour and legends.

Has long been a mighty kingdom founded by Rorick GoldenHelm. The lands have always been rich in materials for building and their castles have been a staple and a thorn in the eye of would be conquerors. As of late the power that Helmshold held has diminished somewhat. Certain lands and territories were lost during wars or traded with nations. But they are still a proud people, and the lands north of the Windy Peaks are still rich in soil and woodland. Their castles are strong and sturdy and not many have fallen to foreign invaders. Their history is a proud one and full of noble knights and fair maidens and heroic battles, although most of those are to be taken with a grain of salt.

The current ruler is King Brennard II AethelHelm, but he is reaching quite an old age. His eldest son has perished by the sickness that has plagued these lands for the last couple of months. His youngest son has just returned and was frightened by the state he found his country in.

This kingdom was once part of Helmshold, but has been independent ever since King Brandeth the Unready lost the civil war that was known as the Iron Revolt. The revolt was named thus as the lands of Sushold have always been rich in iron ore. The mines in the rolling hills made the people of Sushold rich and influential. So when King Brandeth demanded too many taxes they revolted and won, claiming the lands for themselves. And the Deepbarrovian Steel as it is known is still coveted by many warriors from all over the continent.

King Chrestan Irongrasp holds a firm grasp of his lands as a stern but firm ruler. The mines are almost sacred and eyed upon by many people from across the borders so he has always had quite the diplomatic relationship with both Greenmark and Helmshold, in case he was to be attacked from the south.

Although the name might suggest otherwise, it is actually a pleasant country to live in.

The farmlands of Sternland seem to be neverending as one rides along the long roads and paths. Seemingly the grain vault of the entire continent, people here tend to be peaceful and content with tending their farms and livestock. Their merchants are wealthy and most important welcome, for they most often sell the best wares and supplies. To live here is perceived by many as to be boring, but the inhabitants of Sternland seem to disagree. They have remained neutral in most conflicts and wars in the past two centuries and are proud to have done so.

King Eddin Sternlyn III has been a benevolent and just king for the past years and his people admire him.

A checkered past has been the history of Greenmark. Greenhorn is most probably the oldest city on the entire continent, second only to Al Zerd’oba. Greenhorn hosts the honor of having been the city from where the Grenian Empire spread almost a thousand years ago. Most noblemen from Greenmark still boast to be descendants from this fallen empire although since the Empire spread so far and wide most people in northern Ara are descendants from Grenians. It has long been a wealthy and fertile kingdom, but as of late their grandiosity has seemed misplaced. Their cities are crumbling and the lands are turning to dust bowls.
King Antorn Aldgren reigns over the lands, but his reign is seen often as frivolous and tonedeaf. He hosts grand feasts and outrageous ceremonies to foreign emissaries, while his people wallow in poverty and diseases.

The deserts and plains of Xothiria are inhabited by mostly nomadic people. The Burned Fields to the north are host to creatures and monsters that hunt everything they lay their eyes one. It is said that these lands were sundered during a long and harrowing war between Arcane cities who could move and even flew across the lands, high in the sky. Some say the gods themselves laid waste to the cities and burned the fields amongst which they roamed, scorching the earth and leaving it dead for centuries. The beasts there evolved into monstrosities and most people evade these lands, much as they do the Glerrawyth Dynasty. Yet in the south of Xothiria lies the ancient city of Al Zerd’Oba, the cradle of civilization. Empress Alynyra has her seat in this magnificent city, claimed to be built by the Gods themselves when they created the world.

The Free Cities of Trident Bay

Easily the youngest of the nations on Ara are the free cities that lay in Trident Bay. Ouregovia, Gualavega and Tomeria have been trading and gaining influence for years before they were powerful enough to gain enough power to carve out their own piece of sovereignty. Most people in the north see them as nothing but a nest for pirates and privateers who wreak havoc along the coasts, but most noblemen trade with them nonetheless.
The Council of Merchants is their main governing body and consists of the heads of the most powerful families. This means there is always a game of ruses and backstabbing among the lesser families trying to gain influence in this corrupt government. 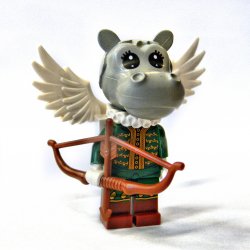 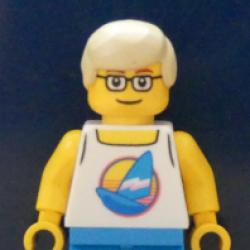 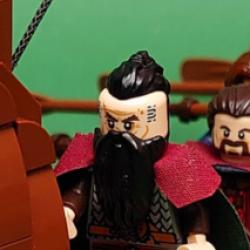 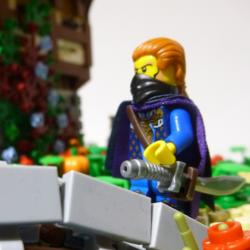 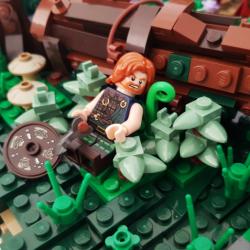 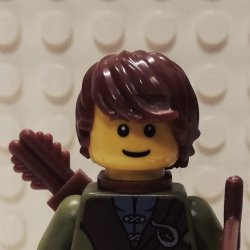 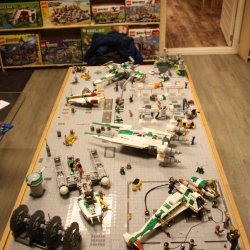 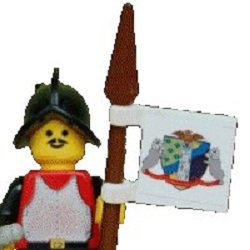 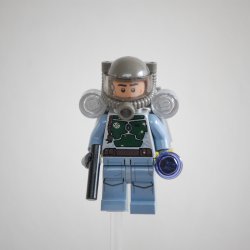